Back to the Burgh and Beyond

Meet Alexa Owl--she's returned home to Pittsburgh after a divorce to start a new life and a new business, The Owl’s Nest Couturier Shoppe. Much to her surprise, she's getting more than she ever bargained for--Detective Bobby Starr, and he's no ordinary sleuth. Bobby is an angel who's returned to Earth in hopes of earning his way into the Guardian Angel Squad. He's been sent, by none other than Saint Pete, to acquire Alexa’s help in order to solve three cold case murders he left behind. Except, here’s the catch: He’s only been allotted four days to solve the first case! How in Heaven’s name is she supposed to do that? Alexa is a professional seamstress—not a detective. Bobby insists the only way to solve the first case is to return to 1953, and Alexa’s not in love with that idea at all! 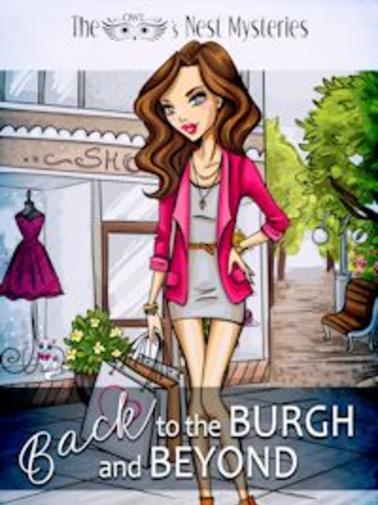 "Hauntingly entertaining...I love cozy mysteries that give you all the feels, "Back to Burgh and Beyond" certainly does just that." ~Sarah Burr/ Amazon Customer

"As I read the book and tried to solve the mystery, the author does a tremendous job of throwing several red herrings into the mix and while you might think you know the answer, the truth will probably surprise you. " ~ Storeybook Reviews

"I love cozy mysteries, and this one is as intriguing and exciting as they come." ~ibjoy1953/ Amazon Review

Who's got great reviews?